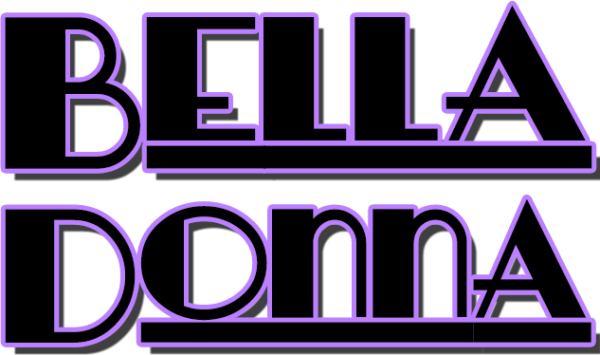 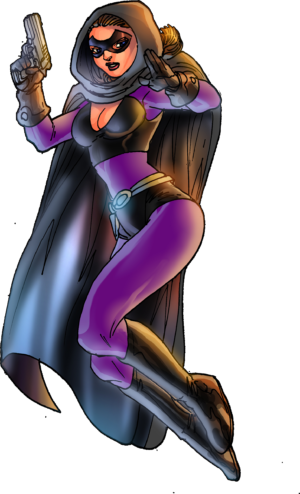 Gabriella comes from a long line of masked vigilantes and superheroes. Her grandmother was the original Bella Donna, and later, the first Deadly Night Shade. Her grandfather was the Blackbird. Her mother followed suit, becoming the fourth Bella Donna and second Night Shade. In the 1990s, when her mother and Liza Black, the fifth Bette Noir, were members of the “Bad Girls”, Gabby struck out on her own as a nameless teenage goth superhero that the media took to calling “the Goth Bella Donna”, even though she did her best to distance herself from her mother and Liza, who was acting as something of a sidekick to the older woman, reversing the usual Bette and Bella dynamic.

When Gabriella was 18, Liza left the Bad Girls and her partnership with Rosa, and adopted a modernized version of the classic Bette Noir costume. Gabby joined her in the matching Bella Donna costume she wears today. Over the next few years a romance developed between them, and when it became legal, Liza and Gabby got married. The two are closer in age than any previous Bette and Bella, and theirs is a partnership of equals.

Gabriella is expert in numerous forms of armed and unarmed combat. Like the Bettes and Bellas before her, she wears a bullet- and knife-resistant suit of layered spider-silk created by the Tchen Family. She wields a gun modelled after a .45 caliber semiautomatic, but has never been known to kill. It is said that she uses a number of different kinds of ammunition: nonlethal, explosive and ordinary bullets, but it is unknown how, or even if, she selects which are fired.