In our universe, all our heroes are registered and deputized but the FBI. The FBI is then sanctioning their actions.

Historically the term was popularly used in gangster movies. 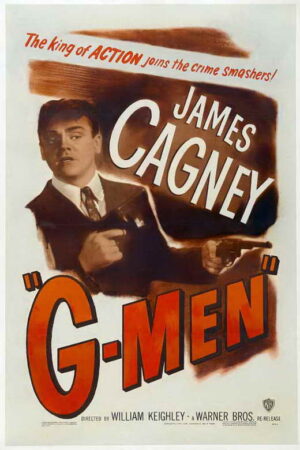 G-Men
1935
James Cagney helped jump-start the gangster genre as The Public Enemy. Outcries against movies that glorified underworld criminals put Cagney on the side of the law in G-Men.
Director William Keighley
Writers Seton I. Miller (story) Darryl F. Zanuck (novel “Public Enemy No. 1”)
Stars James Cagney Margaret Lindsay Ann Dvorak
It’s the early days of the F.B.I. – federal agents working for the Department of Justice. Though they have limited powers – they don’t carry weapons and have to get local police approval for arrests – that doesn’t stop fresh Law School grad Eddie Buchanan from joining up, and he encourages his former roommate James “Brick” Davis (James Cagney) to do so as well. Davis, having completed law school, wants to be an honest lawyer, not a shyster, despite his ties to mobster boss McKay. He’s intent on doing so, until Buchanan is gunned down trying to arrest career criminal Danny Leggett. Davis soon joins the “G-Men” as they hunt down Leggett (soon-to-be Public Enemy Number One) and his cronies Collins and Durfee, who are engaged in a crime and murder spree from New York to the midwest. 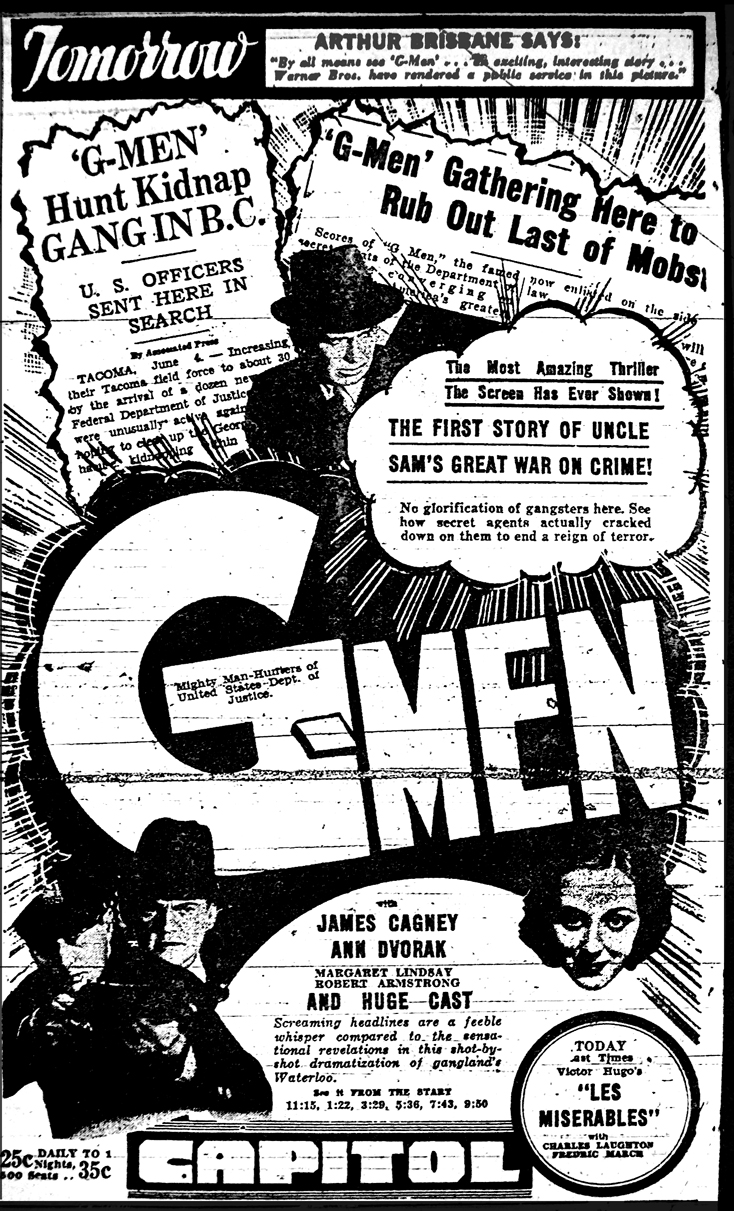