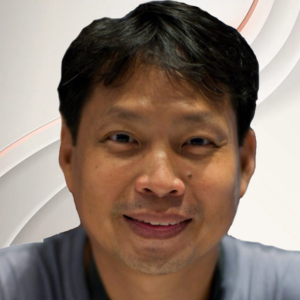 Gilbert started his career as a comic book writer/artist in the Philippines in the ’90s. He later became the chief instructor for Whilce Portacio’s comic creation school in Manila for three years. He penciled Hellcop and Houdini: The Man from Beyond under Image Comics. He’s done other projects like the 50th Anniversary Trilogy of Darna (Mango Comics), Hands of the Dragon (Black Ink Comics), and some independent titles like Bayan Knights.

Gilbert is our Art Director, and has done the first appearance of most of our heroes as well as colored most of our All-Star cover, his work can be seen in…
3in1
CHRISTMAS SPECIAL
DEMON PRIEST
FIRST GUARD
G-MEN UNDERCOVER
G-MEN UNITED
HANDBOOK OF THE G-MAN UNIVERSE
HIGHLIGHT
INVICTUS: OUTRAGE
JUDAH “THE HAMMER” MACCABEE, THE HERO OF CHANUKAH
LYNX
OUTRAGE
SGT. FLAG
SIMON N. KIRBY, THE AGENT
TARANIS, THE THUNDERLORD