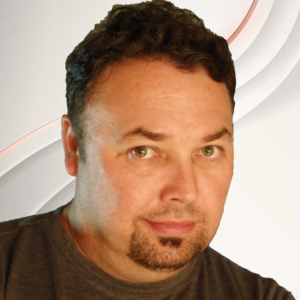 Darrin McDonald is a film maker, writer, director, and producer best known for his YouTube channel, FizzFop, about comic books, superheroes, and the people who create them. His main focus is on forgotten superheroes from the past—many of whom once had fans in the millions, but are now almost completely wiped from the public memory. Darrin talks not just about comic book heroes—he also includes old time radio programs, pulp magazines, dime novels, and movie serials. Darrin is an Emmy-nominated producer.

Darrin produces our YouTube videos used in our Kickstarter campaigns