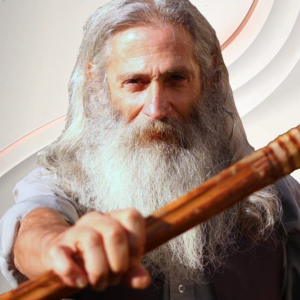 Michael Netzer is an artist, writer, and activist in the entertainment and communications mediums.

Bred in the American comic book industry since the mid-1970′s, his work on Batman, Wonder Woman, Spider-Man, Legion of Superheroes, and others established him as a notable contributor to the medium.

He continued into social and humanitarian pursuits, incorporating theological, historical, and philosophical influences into his work. He relocated to Israel in the mid-1980′s and diversified into a range of interests and professions.

He lectures on cultural and evolutionary trends at various forums, including spontaneous gatherings in the Israeli outdoors such as the Dead Sea area and Sea of Galilee beaches.

Michael will be providing the cover for G-Man Comics 3in1