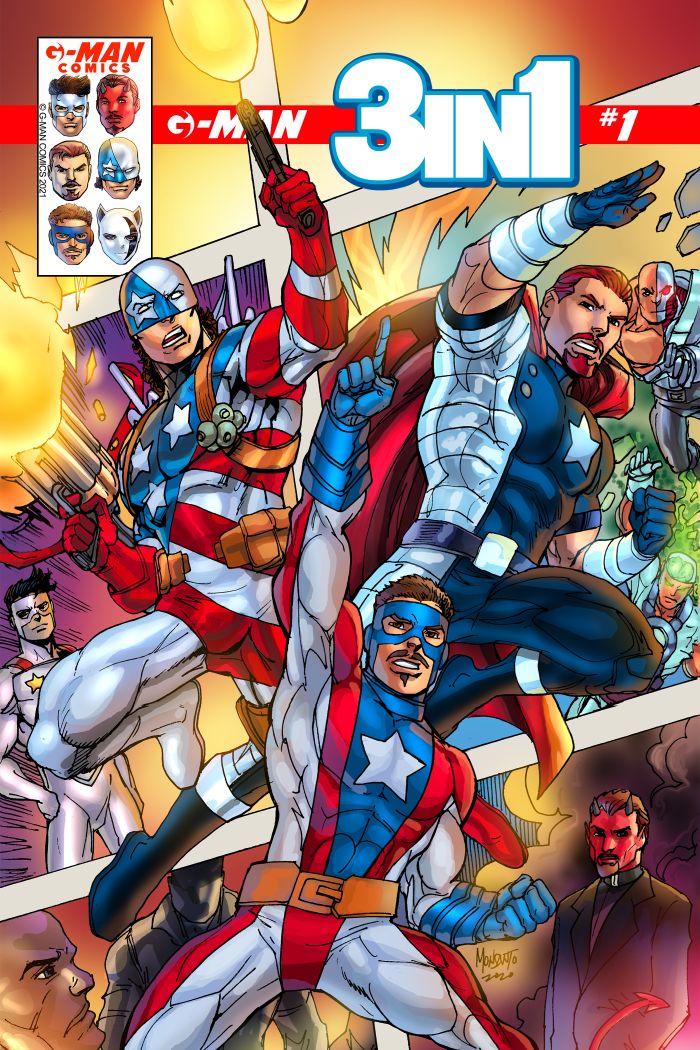 G-Men comics offers up a host of superhero style adventures in the style of classic stories of yesteryear but set in the modern world. The G-Men universe boasts a solid line-up of superhero characters with a range of abilities and back stories which keeps the reading interesting (The Demon Priest is my own personal favourite).

Each anthology in the G-Men series holds a selection of comic episodes which tend to focus on one or two of the main hero figures and a new villain or obstacle to overcome. There’s a great blend of real-world elements throughout the series, mixed in with the more fantastical, superhero components. Each issue also explores the interpersonal relationships and struggles between heroes, echoing the larger crisis or drama at play throughout the narrative.

Issues of race, politics, sexism, and the like are explored throughout the various stories told, in conjunction with a series of dramatic encounters with both real-world and other-worldly villains. Each story provides a window into the life of a particular superhero whilst developing the larger story universe and exploring the interplay between this emerging cast of heroic characters.

Some great artwork throughout in the classic comic style, particularly where villain and superhero clash.

I liked the way the G-Men universe manages to balance the superhero genre with real world issues and within a realistic universe. They way that interpersonal issues arise between the protagonists and seem to echo the larger conflicts at work, gives each story it’s dramatic heart and keeps the reading interesting.