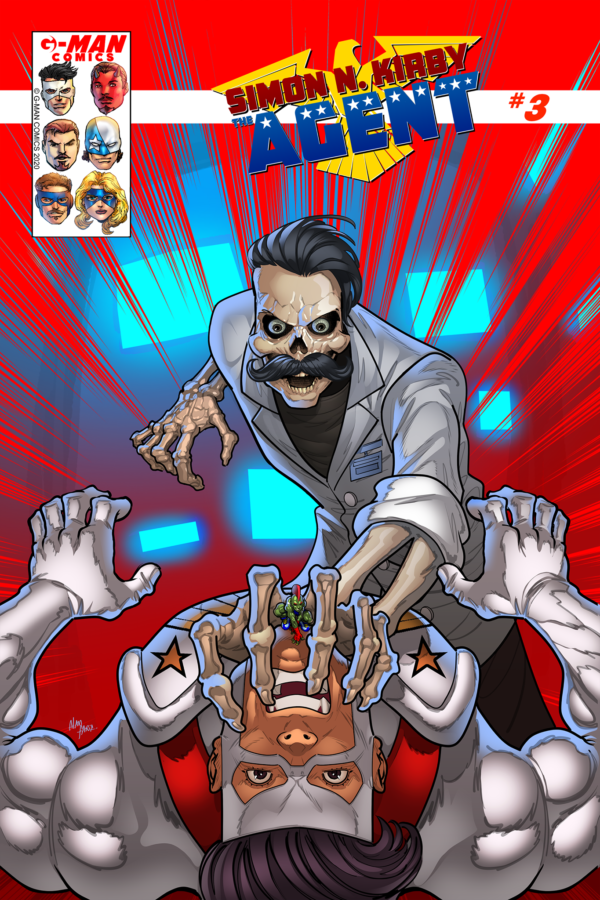 G-Man Comics launched on Kickstarter last year and their first project funded in 38 minutes and ultimately funded 875% of the goal.

The Agent is the story of FBI Agent Simon N. Kirby and the world of G-Man Comics. In his world, all superheroes are registered with the government. Under the Super Hero Registration Act, the FBI presses superheroes into service as needed to protect their country. Simon N. Kirby is the man in charge of the FBI’s superhero team, the G-Men. It operates in a “Mission Impossible” style, where he selects the right agents for the right mission. 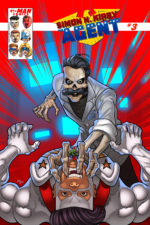 SIMON N. KIRBY, THE AGENT #3
Agent Kirby fights the nightmares of Doctor Rottman. This battle reveals much of who Kirby is and what his life has been about. This results in a battle royal as Rottman sends a nightmare army of Zombies against the Agent and his G-Men ‘Dream Team’
Story: Rik Offenberger
Art: Alan Faria
Cover: Alan Faria

In G-Man Comics United, you get four great tales from the G-Men in a single comic! 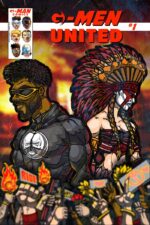