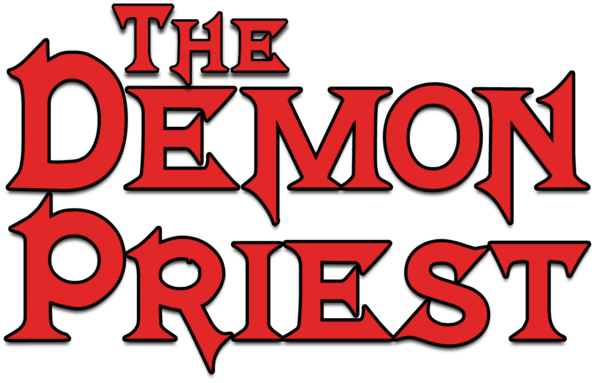 Reverend Samuel Gregory claims to be a fallen angel, one of the “Sons of God” mentioned in the Book of Genesis. Further, he claims to be the same Samuel Gregory who was ordained during the First World War and vanished mysteriously a couple of years after the war’s end.

He appeared, or reappeared, in the New England city of New Acadia in 2014, purchased the desanctified Church of St. Michael and All Saints, and immediately became a controversial figure. He was soon engaged in conflicts of various sorts with both criminals and registered superheroes such as Lionheart, True Blue and Richard, the True Knight. 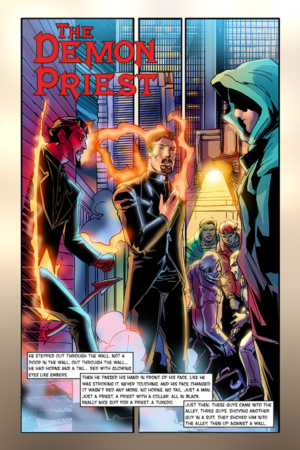 While he belongs to no known Earthly groups, he has worked in conjunction with the Outcasts, a group variously categorized as a street gang or as a ‘neighborhood protective association’.

He has also contracted the services of the unaffiliated consulting and service company known as the Household, run by the Concierge (formerly the Super Soldier and the Courier).

Is he a retired priest, a demon, a superhero or all three?

Father Gregory is, or claims to be, a fallen angel, with the ability to assume many physical and non-physical forms. Since humans can’t even look straight at what is believed to be his true form, the full extent of his powers is hard to even guess.

In his most human forms, he has shown enhanced speed, strength and endurance. He seems to anticipate his foes’ actions and to be able to compel humans to an unknown extent. In his more ‘Celestial’ forms, it appears that he is far more powerful, and the limits of his abilities in those forms have not been tested or measured.