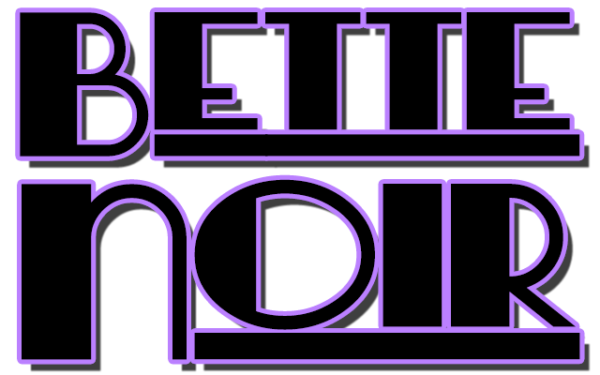 Liza is the fifth Bette Noir, the daughter of the fourth and granddaughter of the original. Her father was the “Bronze Age” Twilight. Before she took over as Bette Noir, she had been the fifth Bella Donna, having assumed the role during the Night Watch crisis. In fact, some hold that her joining the Watch, and the conflict thus provoked between her mother, her father and his wife, was a bigger factor in the Watch’s internal problems than even the death of the Enforcer. Her mother soon retired and Liza took her place. 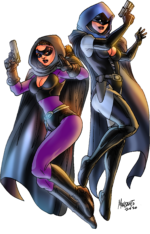 As the youngest Bette Noir ever, Liza tended to follow the lead of the older Deadly Night Shade—Rosa Martinelli—who had been the Bella Donna before her. Their partnership as members of the “Bad Girls” was troubled. This ended when Rosa’s daughter Gabriella took over as Bella Donna and Liza’s partner. As the senior member of team of relative equals, Liza came into her own, and their partnership became the longest lasting in the history of Bettes & Bellas. The two have married and have a daughter, Eglantine.

Liza is expert in numerous forms of armed and unarmed combat. She wears a bullet- & knife-resistant suit of layered spider-silk created by Madame Tchen, which copies elements of both her mother’s and grandmother’s outfits. She uses a stun-gun, and martial arts weapons such as tonfa and nunchuks. Occasionally, she exhibits her father’s powers of darkness and limited flight.